Some pretty big scores last week This week should be more of the same. Injuries or byes for big players at outside backs like McKenzie being a maybe to start as well as a lot of props on byes or injured.:

Teams on a BYE: Stormers, Lions and Crusaders.

Of course you need both Ioanes, and whilst I don’t like Reiko at 12, there’s just too much potential to not have him. With Marx and Codie Taylor out, Creevy rested, Parsons is the hooker of the week. Perofeta is a liability if you’re interesting in winning a real game, but should rack up points this week for fantasy managers.

The sunwolves are also good value, especially given the Blues have changed up their back line AGAIN. Little has been superb, I hope you noticed our late pick there, same with Himeno, playing 8, but being a lock. Lappies also nailed it last week.

The Jags have made a lot of changes this week, against a Rebels team fresh off a bye, with a point to prove after getting tanked. So again, Mafi is a must if you can afford him, but Genia is a great pick, especially for those needing a TJ replacement. Pretty much across the entire back line they’re ~$200k, so if you fancy a gamble, or need a check bench player, take your pick.

If you need prop help, then the only other person I’d suggest outside of Bossman’s picked is Sio. Averaging 30+, but only $137k. Brumbies have a tough run, but this guy is solid. I also like any of the props from the Chiefs vs Canes game, but both have byes in the next few weeks.

For those chasing the $, then obviously bring in Naiyaravoro and Naisarani. Naisarani was our season pick, and will be solid. Tahs only have two before the bye, but both with plenty of potential. If DMck doesn’t start, bring in the big man in blue.

The Blues facing the Sunwolves should mean great things for Akira and Rieko.  This is the week to bring them in if you don’t already have them… Ideally  I would have liked to have seen Rieko starting on the wing this weekend. I am thinking of vc’ ing one of them but the questions is which one.

Mafi the one man army. He made 45 points in 40 minutes 2 weeks ago and I think against the likes of the Jags his running game could pay off. the problem is how do you bring him in, well at least for most managers.

Props, most people will need to bring in at least 1 prop this week, Tendai Mtawarira is averaging just over 30 points but is pricey. James Slipper is a safe bet too as he’s pretty consistant. On the under 200K front I like Allan Alaalatoa the most as the Brumbies are looking better and better.

Hurricanes – kind of obvious this week, but if you’re looking ahead just make sure you’re not screwed for them on a bye next week. They come back from the bye against the Sunwolves, so accommodate them where you can over the next few weeks.

Crusaders – again and obvious one, but they return against the Sunwolves, so if you can, don’t transfer out the taylors, bridges, of the world, find some space on the bench.

Kwagga – I know I said sell him last week, but I couldn’t do that as I forced to make changes elsewhere and needed more funds. I really liked the way he played against the Stormers and if Whiteley is back next weekend to steer the Lions-Juggernaut Ship, it can only be a good thing for Kwagga. 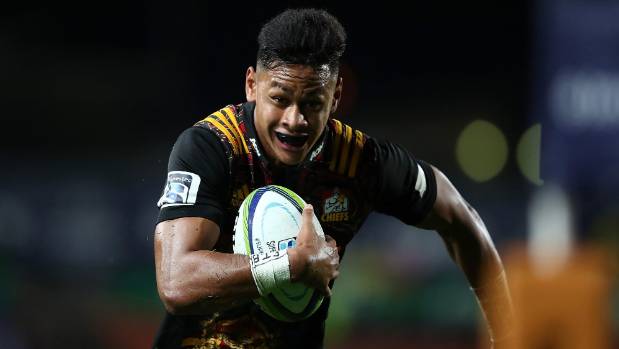 The Lions finally showed up last week., helped in a large part by an awful  Stormers performance in a number  of areas. Obviously it was the week I ditched Kwagga and Jantjies. That burnt a lot. The jury’s still out on these guys, and after a couple of games against aussie sides, play the canes and the highlanders. They won’t get any change there. I’d ditch them now if you kept the faith. (except Marx of course, that would be insane)

Bossman has a good shout with Alaimalo. Back on the wing, probably topping out. If you need cash take it. Personally I’d put him back to the bench spot, and situationally play him if he does well.

Solomon Alaimalo, he’s done well this season and would have made you a lot of money if you had him early on. He’s moved back to 11 from 15 and if McKensie doesn’t start the Chiefs are going to struggle this weekend. Take the profits time if you can make the transfer.