Another complete clusterf*ck last week with favourite VC McKenzie having a quiet game then everyone’s safety blanket Malcolm Marx scoring a big fat zero. He’s the biggest name to replace this week, and with only the Jags on a bye maybe, just maybe, fantasy managers will have some choice in their subs this week. Here’s our weekly ideas and suggestions for trades and lineups:

Teams on a BYE: Jags.

Teams with Easy Match-ups: Rebels, Reds, Sunwolves, (obviously the Sunwolves vs Reds game could go one of two ways – total points fest, or two horrible teams spending the day knocking the ball on – here’s hoping for the first option), Hurricanes 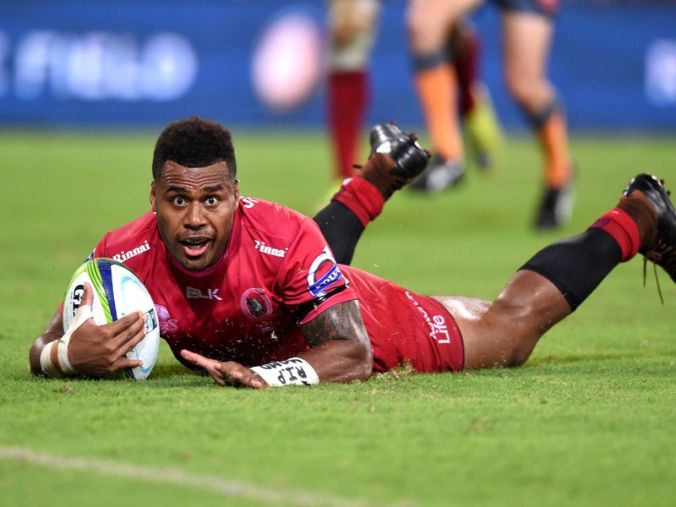 There’s some juicy match-ups this week, but first things first, 4.3k fantasy managers need a new starting hooker. Dependent on where you want to spend your money, here’s my favourites:

Fitzpatrick – easy to say, he’s the 2nd best scoring hooker. Tahs have 3 tough games then a nice run in, but Fitz plays a large chunk of the game and should rack up points even with those match-ups.

I think like Paenga-Amosa and Ricciteli. Ricciteli gets a little more game time, and is a little more expensive, but Brandon is probably best value. Coin flip with these guys. I’ve already got 6 Hurricanes so I’ll steer clear, but the Hurricanes do have two great games coming up so you might want to go with Ricky.

If he starts, then Makalio is a wildcard. BIG man, who’s scored well in his two starts. He’s my value play.

The fall back is playing Marx’s back-up Coetzee. Great value, and usually good for 30 pts or so, although his lineouts were kak last week and it’s a tough match-up this week. Still that trade would leave you with $400k kicking around …. nice.

the other position that’s been a sh*t show this year is scrum half. TJ is back this week, but playing from the bench. Hopefully you picked Pulu over Genia, unlike me ( I said it was a coin flip). The only premium SH left is Pulu. The Blues have 2 tough games then a bye, but I still pick him as he’ll outscore everyone else.

Other than that, you have to have Lam, Laumape this week, and I’d play both Saveas and Beauden. You can’t go wrong with too many Hurricanes.

I’ve got no faith any Rebels outside of Mafi, so I don’t take anyone in that match-up, but if you don’t have Mafi and you’re getting rid of Marx, that’s the first trade I do this week.

Reds and Sunwolves is a really interesting one. You’ve got a 2 week window with Sunwolves before most of the team are in Japan camp. Those weeks against the Brumbies and Rebels will be an absolute murdering for the Sunwolves, but I don’t bring their players in because of that. That means I look to the Reds, and Kerevi is the guy with HUGE upside potential this week. If you have the subs you might want to play either Reiko or Laumape from the bench and give yourself the option to bring in Kerevi if one of them sucks.

Other than that, if you’re flush with Marx cash, take the change to upgrade your team with the best players in the positions – easy – doesn’t take us to suggest bringing in a Pieter-Steph, Kitshoff or JL Du Preez if you don’t have them.

Kerevi against the Sunwolves is surely the pic of the week, playing at 12 which means he should get a lot of ball, which usually means BIG points for the Centre.

Folau despite his controversial Twitter posts is still doing the business on the pitch. He is up against the Crusaders this week and the Tahs looked a bit better last week but lets just say the Blues are no Crusaders. The thing with Folau is he only needs a little bit of ball to make 50-60 points especially when he plays at 15.

Mataele – This guy has been prolific from the bench and has gone above and beyond to earn his place in the crusaders starting line-up this week. If the Tahs play like have been playing this season and the Crusaders do their thing I foresee big things from him.

I don’t have much interest to write here this week. Only the Jags on a bye, and I wouldn’t be precious about holding any of their players.

Laumape, Bridge, McKenzie have quiet weeks last week, but clearly you hold them.

This is a week for a few well placed picks with a view to the end of the season, nothing over complicated.

Sunwolves – in case you missed what I wrote above, most of the squad will miss two weeks, in two weeks. Hold them for the Reds match, but then ship next week.

If you have Matera or Boffelli they might be worth playing against The Bulls but as a team they have 2 byes in 4 weeks which could land you in too many forced changes. That is a situation that I really hate being in.

This week you only sell if you have to, i.e. injuries like Marx, or players that you’re upgrading with all that $$$ from trading Marx out.

If you have any Rebels that aren’t Mafi I’d get rid of them for next weeks bye. As per last week, you could think about starting to rotate out of some of the marginal Blues players – Parsons / Duffie / Tuipulotu – as they have a bye in 2 weeks. However, in all likelihood they’ll be playing from behind against the canes have have to throw is around, so hold the top 4 – Ioane x2, Perofeta, Pulu.

Marx for half a million is great to bring in some expensive players in other parts of your team.

Jordie is a sell for me, now that Milner Skudder is back he will be on the bench a lot with the odd start, this will decrease his value and waste your money.

Lappies has been great this season but he has left the Sunwolves so its time to cash in if you had him.