Plenty of transfer action this week as three teams with plenty of Fantasy studs and stalwarts are on a bye. Hopefully you’ve planed ahead, and you’ve got some flexibility, but we’ll focus in one some of the positions where people will definitely be needing help this week.

We’re going to mix the format up a little this week. Let’s face it, rarely do we have the luxury of chosing who to sell, or hold onto, it comes down to who we want to bring in, and what we need to do as managers to make that happen. So we’ll focus primarily on some of the names we’re looking to bring in, and put less focus on the players to hold onto and those to ditch.

There’s some big positional challenges this week, with three top flankers off in Akira, Hooper and Naisarani, as well as plenty of people looking for help at FH, centre and OBK, with Foley, Reiko and Folau off. Here’s some of the best picks:

Jordie Barret looked sharp in his first 80 minutes since returning. The ‘canes have a run of 4 games, 3 at home, and one against a Rebels teams that conceded 50 against the Tahs. At a shade over $300k a bargain at a somewhat challenging position this year. Ship him in.

Other OBK options if you’re looking for Folau replacements (outside of the two chiefs mentioned further below) are:

Saumaki – chiefs haven’t been great defensively, and this guy will shoot up in value regardless of the face he playing like a Julian Savea of old. Only make this trade if you have plenty of OBK cover though as the sunwolves are off next week, but then have two home games.

A similar high risk, potential high reward option would be Mataele. Looked great when he came on last week and starting this week in a nice match-up against all be it a good looking Bulls side. Cheap at $168k, but really only a one week gamble.

Otherwise, for slightly safer options I like Leyds at home, even though he was below par last week, unless SP Marais is back, then I definitely trade up to Marais.

The last of the cheaper options is Ben Lam. Looks like he might have secured that starting wing spot and for $172k could be great across the next few games.

You can look to the hurricanes for replacements at 10 if you’ve got Foley. Beauden isn’t too expensive at $330k. If you take the long view, then he could pay off with one of his 80 pt games, but there are some other tasty FH options as well. However, I think there’s better options either short of long term. Hunt is still only $113k and a good one week replacement this week against the Bulls. Michael Little has looked great playing at centre for the Sunwolves, but listed as a FH at $212k should find some space against the Chiefs. Both are higher risk options than Willemse at $336k, who hopefully you’ve already picked up and is the top scoring FH this year so far.

In the backrow, this is a little harder to find consistency and this is going to be the tough one this week.

Centre’s flooded with good options if you need a Reiko replacement. De Allende seems to be coming back to form, Goodhue, Laumape, Havili should go well this week. If you want to free up some money, and leave Reiko in, then Johnny Fa’uli $175k should be a good one week replacement. Not great defensively, but plenty of attacking thrust. JJ Englebrecht is also there at $143k, and not a bad one week play, to then sit on the bench

The rumour is that Marx will be rested. That being the case, hopefully you’ve got a serviceable back-up, otherwise you need some options. For pity’s sake DON’T sell Marx. You start him every other game. I bring in Coetzee $112k, his understudy, just in terms of cheapness and take the one week hit. Otherwise I don’t think you look any further than the two guys below. Still relatively cheap, and can sit on your bench increasing in value.

Damien McKensie, Brodie Retallik and Alaimalo. If you don’t have them, this is the week to bring them in. Pulu is playing his first game too but I’m sure how how long he’ll stay on the pitch against the Sunwolves.

Most people need a starting hooker this weekend as Marx is on the bench. I’d go for Codie Taylor or Ricky Ricciteli if you have cash, if not Nathan Harris or Robbie Coetzee($112K).

Saumaki, Jordie Barret or Jack Maddocks at outside back as I think pretty much going to be the big point scorers of the weekend apart from DMK or Alaimalo as mentioned above. Saumaki on a bye next weekend so be careful and Jack Maddocks is starting at full back this week, which could mean even more points for him.

Hopefully you want big on Chiefs last week, and started DMck AND Alaimalo – Alaimalo is currently outscoring DMck. Both are a must this week, even though the weather looks like it could be a shocker. Even better if you got Brodie in, or managed to hold him whilst he was out. (We didn’t pick him, but did pick the 2nd and 3rd highest scoring locks in Pieter Steph and Mostert). I’d caution bringing in more Chiefs, even though Leinart-Brown is going well, just because of the potential for a scrappy weather impacted game.

Other than that, obviously if you can hold your fantasy studs like both Ioane’s, Foley, Hooper, Folau, Naisarani, do. It saves you a precious transfer having to bring them back in, and you’re better off long term taking one week hit on a cheap alternative.

I’m starting to buy into the Bulls, with Gelant, Kriel, looking truely dangerous under Mitchell. But this week is a tough ask against the Crusaders, and even though they represent great value I’m going to sit on my hands until they come back off their bye which is in two weeks.

All your Chiefs that are starting against the Sunwolves basically.

Kwagga as he’s playing 8 against the Jags. I am really excited about this move as he’s such a dangerous player with the ball in hand. 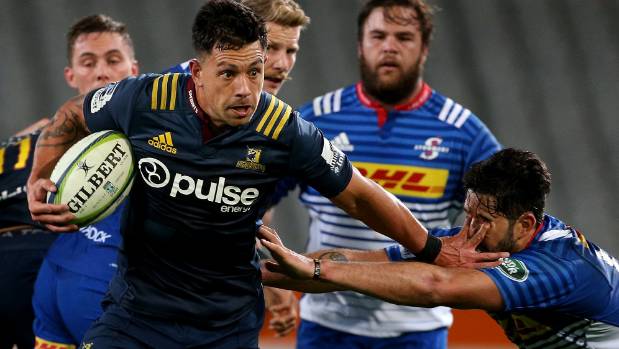 There’s a couple of top performers I’d pick out IF you are looking for some cash. Rob Thompson has looked great so far, but has the ‘canes and Laumape to contend with this week, then the chiefs the week after before a bye. Could be time to take some profits. Potentially the same with Naholo if you’ve got the luxury of cover at both positions.

Kerevi and the Reds have a tough game this week before a bye next week. Again, could be an option to trade out if you’ve got centre cover and need money for help elsewhere.

Obviously hold these guys if you can, but if your hand is forced, these are some of the ones who’s value might have peaked in the near term.

All your top performing Tahs, they have an easy run after this bye weekend. Folau, Hooper and Foley should clean up then.

Aphiwe Dyanti, I think this guy is great but maybe its’ time to cash in on the profits and bring in a Laumape or Jesse Kriel instead, he’s almost as much in price as them now.